Oak Island is located in Novia Scotia, Canada on the Atlantic coast’s south shore. It is one of the several islands making up Mahone Bay.

The island came to the limelight in 1795 when a young boy discovered a circular depression and started digging. He dug alongside his friends and found layers of logs and what they believed to be pick scrappings on the walls of the pit.

Later, another group of individuals who were seeking treasure on the Island took over and began digging. The group believed that the Money Pit was a site of long-lost treasure that was buried, belonging to either Blackbeard or Captain Kidd.

Despite the various risks and difficulties, there have been efforts in finding the treasure of the Islands for the last 20 decades. This went to an extent of attracting the interest of Franklin D. Roosevelt, the former president of the United States of America.

Six people have since died at Oak Island while digging. A popular TV series known as ”The Curse of Oak Island” is filmed on the island. The island is owned by a private entity. You can visit it through a pre-booked guided tour. 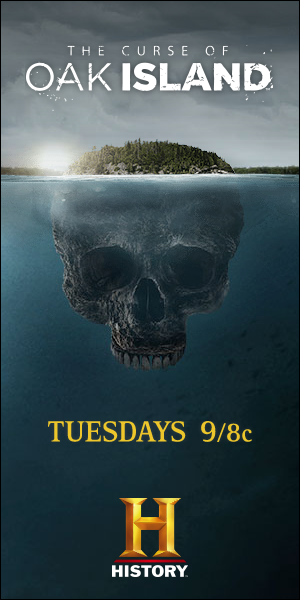